On the day that the U.S. defeated Iran 1-0 to advance to the knockout round (a result that was cheered by many Iranians, incidentally, because they are so unhappy with their government), we continue our contest. The previous entries, should you care to take another look (or to cast your vote, if you haven't already):

Up today are slogans used by reform movements. Here are the four contenders: 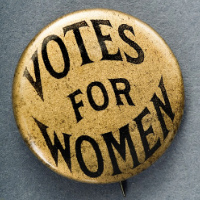 Votes for Women (ca. 1890s): This might not be the catchiest slogan the world has ever seen, but it's very much in the running for most impactful. The fight for women's suffrage, both in the United States and Europe, began in the 1830s. It gained steam in the 1880s and 1890s, and that is when the "Votes for Women" slogan first enters the historical record.

The phrase achieved national and international prominence when the author Mark Twain used it as the title of a pro-suffrage speech he delivered in 1901. Some parts of that address were prescient. For example, he correctly predicted that women would have the vote nationwide within 25 years (that happened in 1920, meaning that Twain made the cut with about 6 years to spare. Other portions were less on-target. For example, he decreed: "If women had the ballot they would drive the corruption out. Each party would be compelled to put up its best candidates to stand any chance of winning. I would like to see the ballot in the hands of every woman." Twain has been dead for 112 years, so we can't check with him, but we're pretty sure that Donald Trump is not what he had in mind when he said that.

By 1905 or so, "Votes for Women" was a mainstay of the suffrage movement; you were sure to see it at suffrage parades and pro-suffrage booths at county fairs, in particular. This coincides with a string of victories won by the movement; in 1910, just four states allowed women to vote, but by 1920, another 11 states had joined the list. And on August 18 of that year, the 19th Amendment was ratified, concluding a struggle that had been underway for close to a century. 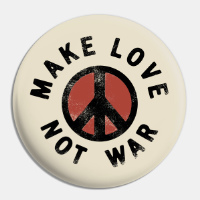 Make Love, Not War (1965): This slogan squeezes two reform movements in for the price of one. It was created, and used, by counterculture types who simultaneously advocated for an end to the Vietnam War (which effectively began in 1964) and also for sexual liberation (which broadly included reproductive autonomy, acceptance of same-sex relationships, an embrace of women's sexuality and sexual needs, and a less Puritanical attitude to sex in general).

There are at least a dozen people who claim to have coined this phrase, from the cheesy poet Rod McKuen to expert-in-dirty-jokes Gershon Legman. However, it actually appears to have emerged from student activist groups at the University of California, Berkeley. You know those Cal students; always making trouble.

Both halves of the slogan ended up having some efficacy. Every American war has triggered an anti-war movement, but the anti-Vietnam War movement was the largest and loudest and the most effective, ultimately helping force an end to the conflict by 1975 (and an end to major military action by 1971). Meanwhile, the late 1960s and 1970s saw the emergence of the Sexual Revolution. "Make Love Not War" is also a major part of pop culture, appearing in songs like "Mind Games" by John Lennon and "No More Trouble" by Bob Marley, in movies like Avengers: Endgame and Field of Dreams and in countless other cultural texts. 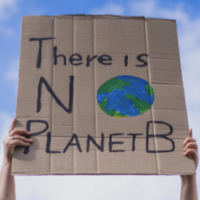 There Is No Planet B (ca. 1970): This is yet another one whose origins are murky. That's how it often works with reform movements. We know that the environmental movement really began to assert itself in the late 1960s and 1970s, and we know that "There Is no Planet B" began to show up in Sierra Club literature in 1970 and 1971. So, the slogan was probably coined by one or more Sierra Clubbers at the start of the 1970s.

Not too many slogans in our contest have their own website, but "There Is No Planet B" does. In fact, it has two of them: noplanetb.org and theresnoplanetb.net. The latter is just the personal site of environmental activist Mike Berners-Lee, who is the brother of world wide web creator Tim Berners-Lee. The former is run by the Sierra Club, with an eye toward raising funds to fight global warming. The main pitch was written by none other than John Kerry, which seems a somewhat odd choice. If they're going to go with a failed Democratic presidential candidate, shouldn't it be Al Gore? Yes, Kerry is the first United States special presidential envoy for climate, but Gore won a Nobel Peace Prize for his work on global warming.

The two previous slogans are basically defunct because they achieved their goals. Women got the vote. The Vietnam War ended. Lots of different types of sex were had. The environmental movement, by contrast, is a work in progress, particularly as regards the fight against global warming. That might make "There Is No Planet B" a bit harder to evaluate. 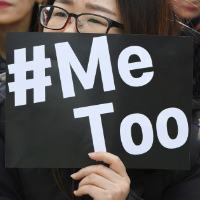 #MeToo (2017): And now we get to one of the newest slogans to make the contest. It's also a slogan where the backstory is much clearer than with the three above. On October 16, 2017, actress Alyssa Milano posted this message to Twitter: "If all the women who have been sexually harassed or assaulted wrote 'Me too' as a status, we might give people a sense of the magnitude of the problem." Within an hour, #MeToo was trending, and a slogan was born. Milano later explained that she got the idea from a friend, but the actress still deserves a lot of the credit.

This slogan is also different from the other three in another important way. The movements described above already existed when their slogans were coined; the slogan just served to give them focus and a rallying cry. On the other hand, when Milano sent out that tweet, there were millions of people who had individual experiences, but there was no connective tissue between them. #MeToo created that connective tissue, almost overnight. Undoubtedly, the behavior of Harvey Weinstein, which was the primary impetus for the creation of #MeToo, would have been punished. But with the slogan, countless women (and some men) learned they were not alone, while countless sleazeballs were called to account for their bad behavior. Long after people have forgotten Who's the Boss and Charmed, Alyssa Milano will be remembered for striking that particular match.

Cast your votes here! And, of course, we welcome comments on why you chose the slogans you did. (Z)