When examining the Watergate Scandal, it is clear that Richard Nixon made some egregious tactical mistakes. Maybe they were defensible in real-time, or maybe Nixon was in his bubble and could not see what everyone else saw, or maybe he was worn down and started to get sloppy. In any event, Donald Trump appears to have made a blunder of this sort that could prove to be as catastrophic as anything Nixon did. Namely, as reported by the New York Times on Saturday, the President allowed White House counsel Don McGahn to speak at length to special counsel Robert Mueller, without asserting either attorney-client or executive privilege.

Figuring out what happened requires, first of all, an understanding of the dynamic between Trump and McGahn. The two men need each other, and are able to work together on certain things, like rolling back regulations and getting conservative judges appointed. However, there is also much tension between them. Trump does not particularly respect McGahn, especially since he did not go to a top law school (he graduated from Widener University). Further, Trump tends to blame McGahn for just about anything that has to do with law and goes south—say, the failures of the Muslim travel bans—regardless of whether McGahn is actually responsible. McGahn, for his part, does not much care for Trump personally, and certainly does not like being a frequent target of abuse. Behind Trump's back, McGahn calls him "King Kong" in reference to the President's explosive temper. In short, the relationship between Trump and his White House counsel is pretty much like the relationship between Trump and his attorney general.

When Mueller first asked to speak to McGahn, Trump's legal team (which was then led by Ty Cobb) thought that agreeing, without conditions, would signal that the President has nothing to hide, and would also help bring the investigation to a rapid conclusion. Trump, for his part, assumed the McGahn would behave like any other attorney in his employ, and would proceed as if his job is to protect the President at all costs. McGahn, of course, saw things very differently. His loyalty is to the presidency, and not the president. Further, he suspected that he was being set up as a fall guy (not unlike Nixon did with his underlings), and so he and his lawyer cooked up a strategy that would allow McGahn to protect his own rear end. This did not necessarily mean selling Trump completely up the river, but it did mean answering Mueller's questions fully and honestly, and also making sure it was understood that McGahn bore no culpability for what happened.

It is not clear exactly what Mueller got from McGahn. In fact, it's not clear that even Trump knows how badly he's been exposed. However, the Mueller-McGahn interviews have totaled 30 hours so far, so clearly a lot of information has changed hands. And given that McGahn was at ground zero for all the biggest, and most compromising events of the Trump presidency—for example, the firing of former FBI director James Comey—that 30 hours' worth of information is presumably quite valuable. The Times talked to Solomon L. Wisenberg, a deputy independent counsel in the Whitewater investigation, and he said, "A prosecutor would kill for that. Oh my God, it would have been phenomenally helpful to us. It would have been like having the keys to the kingdom." One wonders how much longer McGahn will keep his job once Trump gets wind of this. It may depend on whether Fox News picks up the story. (Z)

Jessica Denson, a former Trump campaign staffer, is suing, alleging sexual discrimination and harassment while she worked for the campaign. Like everyone who works for Trump in pretty much any capacity, she signed a non-disclosure agreement. And, in view of the NDA, Team Trump tried to force Denson into secret, binding arbitration. Judge Arlene Bluth considered the matter, and concluded that the NDA was so poorly written, it only applies to a very narrow set of circumstances, and a harassment claim is not one of them. So, the lawsuit will go forward, and in full public view.

This is not a good look for a President who already has a whole litany of issues related to the treatment of women. However, it is potentially of more interest because the NDA that Omarosa Manigault Newman signed—and that Trump's lawyers are trying to use to shut her up—is similar. In fact, in may very well be identical. It was questionable that even an ironclad NDA would stand up under these circumstances, and if the NDA is something less than ironclad, then it's probably not worth the paper it's written on. (Z)

No Security Clearances Revoked on Saturday

Yesterday, we wondered if Team Trump might try to revoke some security clearances today, so as to fly under the radar a bit. After all, using your Constitutionally-delegated powers to punish your enemies is kind of a sleazy business, and presumably not something you would want to show off. Dick Nixon did not make a point of publicizing his enemies list, for example. At least, that was our thinking.

As is turns out, however, the base loves this kind of stuff. So much so, in fact, that the goal of Team Trump is most certainly not to fly under the radar. It's actually the opposite: To get as much publicity as possible. In fact, the Washington Post reports that the White House's press operation, particularly Sarah Huckabee Sanders and Bill Shine, has strategized about how they can optimally time the yanking of clearances so as to distract attention from other, less favorable stories. Like, for example, the latest recording released by Omarosa Manigault Newman. So, it would seem the next time someone's clearance is pulled, the first question should be: What happened today that the administration thinks is embarrassing? (Z)

Trump's Knowledge of the World and Foreign Affairs Is Sad

This headline is a very brief summary of this story from Politico, which documents some of the...gaps in Donald Trump's knowledge, particularly as regards his diplomatic responsibilities. The highlights (lowlights?):

Every president has a learning curve. And for some, it would seem, the curve is steeper than others. While there is a certain tolerance for that fact, American diplomats point out that Trump's blasé attitude about protocol, and about the norms of other cultures, communicates disrespect, and needlessly harms the United States' relationship with other nations and leaders. It's hard to argue with them. (Z)

It's time to start getting serious about the Senate races. Our Senate capsules are now completely up-to-date (and are always available using the "All Senate candidates" link to the left of the map). After the Delaware primary on Sept. 6, we will know all the Senate candidates except the Republican in Rhode Island [who will be crushed by Sen. Sheldon Whitehouse (D-RI)], so we can then begin updating the map daily with the polling data. To date, there are 16 Senate races for which nonpartisan polls aren't yet available. Hopefully after Labor Day the pollsters will get to work. (As an aside, commercial pollsters are for-profit businesses and only run a poll when some media outlet is willing to pay for it, although an increasing number of universities—with varying amounts of expertise— seem to be running polls as well now.)

Also, starting this week, we will put together a collection of stories each Sunday that gives a sense of anything interesting going on in the various races. Here is this week's installment:

So, that's the news of the week. Tune in next week, same bat time, same bat channel. (Z)

There are two things we can say for certain about the 2020 election. The first is that it's already well underway. The second is that the Democratic field is going to be enormous. To that end, we will take a close look at one potential candidate per week for the foreseeable future. By the time we work our way through the whole list, it will probably be time to go back and revisit. Note that the pros and cons refer specifically to the individual's strengths as a general election candidate. This week's contender: 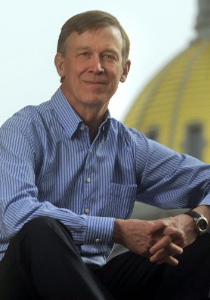 For reference purposes, we will maintain a list of candidate profiles at the 2020 Dem candidates link in the menu to the left of the map. (Z)

---The Votemaster and Zenger
Aug18 Manafort Jury Goes Home for the Weekend without a Verdict
Aug18 Why Hasn't Manafort Flipped?
Aug18 Trump Says He Will Yank Bruce Ohr's Security Clearance Next
Aug18 Trump Cancels Military Parade
Aug18 U.S.-Supplied Bomb Kills 40 Children in Yemen
Aug18 Nathan Gonzales Changes House Ratings toward the Democrats
Aug18 The Hill Sees a 72-Seat Wipeout as the Worst Case Scenario for House Republicans
Aug18 FiveThirtyEight Has New House Ratings Out, Too
Aug17 Newspapers Assert Freedom of the Press; Trump Fires Back
Aug17 Omarosa Releases a Recording of Lara Trump Offering Her a $15,000/Month Job
Aug17 No Verdict Yet in Manafort Case
Aug17 Another Piece of the Stormygate Puzzle
Aug17 Admiral Who Oversaw the Raid on Bin Laden Wants His Security Clearance Revoked
Aug17 Trump Badly Wants to Take the Show on the Road
Aug17 Trump Has Praised All the Candidates in the Arizona Senate Primary
Aug17 Who's Who on the House Judiciary Committee?
Aug16 Takeaways from the Primaries
Aug16 Does Trump's Endorsement Matter?
Aug16 Trump Revokes Security Clearance of Former CIA Director John Brennan
Aug16 Manafort's Trial Ends
Aug16 Republican Midterm Strategy Is to Play Nice for a Few Months
Aug16 Democratic Midterm Strategy Is to Go Local
Aug16 Researchers Show that Votes Can Be Hacked in Nearly 30 States
Aug16 Defeated Democrat Says He Was Targeted by Hackers
Aug15 Election Results, States that Held a Primary Last Night Edition
Aug15 Kobach Advances, Johnson Throws His Hat in the Ring
Aug15 White House Staffers Scared Witless of Omarosa's Next Tape
Aug15 Trump Doing His Best to Prove that Yes, He Is a Racist Who Used the N-Word
Aug15 The Five Most Competitive House Races
Aug15 Americans Want Mueller to Finish by Election Day
Aug15 Latinos in Florida Prefer Nelson to Scott, but Barely
Aug14 FBI Fires Peter Strzok
Aug14 Prosecution Rests Its Case in the Manafort Trial
Aug14 Stone Says He Won't Testify Against Trump
Aug14 Omarosa Keeps Dishing
Aug14 Team Trump Decides on a New Flynn Narrative
Aug14 Florida Might Have a Red Tide Instead of a Blue Wave
Aug14 Political Spending at Trump's Properties Is $3.5 Million Since His Inauguration
Aug13 Omarosa: Trump Is a Racist
Aug13 Hawaii Chooses the Democrats Who Will Be Elected in November
Aug13 Four States to Vote on Tuesday
Aug13 A Year Later, What Is the Lesson from Charlottesville?
Aug13 Charlottesville, Part II Fizzles
Aug13 Over 100 Newspapers Will Fight Back on Trump's Attacking the Media
Aug13 The Trump Jr. Follies Continue
Aug12 Omarosa Was Telling the Truth about the Hush Money
Aug12 Charlottesville Back on Deck Today
Aug12 Chris Collins Will End Re-Election Bid
Aug12 Today's Swamp News, Part I: Wilbur Ross the Grifter
Aug12 Today's Swamp News, Part II: Who's Really Running the VA?