It's 10 days after the election, and the number of unresolved contests is dwindling rapidly. Two more were resolved on Saturday, leaving us with fewer than half a dozen still up in the air.

In Florida, to start, Andrew Gillum (D) conceded defeat to Ron DeSantis (R) for a second (and presumably) final time. Sen. Bill Nelson (D-FL) hasn't officially accepted defeat yet, but that day is coming soon, whether he likes it or not. And what that means is that the Sunshine State is going to end up hand-recounting 8 million ballots in order to pick a new...agriculture commissioner. In fairness, that's certainly an important job in a state whose economy is so dependent on agriculture. Anyhow, in that race, Nikki Fried (D) has a narrow lead (less than 0.1%) over Matt Caldwell (R).

Also on Saturday, as expected, the final uncalled congressional race in California was called, with Gil Cisneros (D) sending Young Kim (R) to defeat in CA-39. That leaves the Golden State with a congressional delegation made up of 2 Democratic senators, 45 Democratic representatives, and only 8 Republican representatives. It also means, as we and many others have noted, that the former Republican bastion of Orange County is now solid blue. Undoubtedly, local son Richard Nixon is turning in his grave (which is located in Yorba Linda, aka CA-39, aka newly-minted Cisneros territory). It is also the case now that if a person drives from Oregon to Mexico, traveling along PCH, that person will never once pass through a red district.

Beyond the agriculture commissionership in Florida, Saturday's developments leave the Senate runoff in Mississippi and at least three congressional races (GA-07, TX-23, and UT-04) still pending. There's also a slim possibility that CA-21, though it has been called, could get interesting. The absentee and provisional ballots there have broken so strongly for Democrat TJ Cox that he trails Rep. David Valadao (R) by less than 2,000 votes. It's still a longshot, but Cox's chances are palpable enough that several outlets (e.g., FiveThirtyEight) have un-called the race. (Z)

Late Thursday, House Minority Leader Nancy Pelosi (D-CA) held a meeting with Rep. Pramila Jayapal (D-WA), who is co-chair of the House Progressive Caucus (HPC). At that meeting, Pelosi promised that members of the HPC would be given more power in the new Congress, including leadership positions and plum committee assignments. On Friday and Saturday, consequently, the progressive wing of the Democratic Party promptly fell into line behind Pelosi's speaker bid. Jayapal declared that:

No one can really doubt Pelosi's progressive chops. And I do think, for the next two years, as we lead into 2020, and are coming off this big wave, we need someone who is smart and strategic and has done this.

At this point, it is all but certain Pelosi will reclaim the Speaker's gavel on January 3. The only remaining opposition is the 15-20 Blue Dog Democrats who are griping that Pelosi is too liberal. Something like 8 of those promised not to vote for Pelosi for Speaker as part of their election campaigns, so they will probably vote "present." That alone might be enough to elect Pelosi, since it would drop the total number of votes needed to roughly 214. If not, she will use a combination of carrots and sticks to get as many holdouts as she needs on board. (Z)

Donald Trump and Mike Pence are something an odd couple. Pence, for his part, is undoubtedly horrified by the myriad ways in which Trump is decidedly not a Christian, and is also none-too-thrilled about a lot of the administration's other policies and behaviors. The VP has been quietly working behind the scenes to set up his own presidential run, possibly in 2024, but maybe in 2020, if it comes to that. Trump, for his part, chose Pence because he is good on camera, and because Mrs. Pence made the Trumps a very nice breakfast right around the time a #2 on the GOP ticket had to be selected. The Donald was unsure enough about the pick that he almost changed his mind after announcing it (reportedly, to Chris Christie).

Given the situation, it is not the tiniest bit surprising that, according to reporting from the New York Times, Trump has been asking around the White House, sounding out his closest allies as to how loyal Pence really is. The President has asked enough times that his staff has become alarmed about what he might do. With other administration members, such inquiries have been prelude to terminations. But in Pence's case, of course, he cannot be fired or compelled to resign. So, Trump aides are wondering where this might be headed.

Asked about this on Saturday, Trump said he's never questioned Pence's loyalty, and he has no idea what the Times is talking about. This, of course, is a lie. It is inconceivable that half a dozen White House insiders all spontaneously came up with the same falsehood, and beyond that, it is classic Trump to ask questions just like this. The only thing we don't know is exactly how serious the Donald is about his inquiries. Sometimes they are just idle curiosity, and other times they indicate a significant agenda. We are two years out from the next presidential election, of course, but if Trump does run again, and if he thinks he's in trouble, numbers-wise, it would not be a surprise to see Pence tossed overboard. Trump likes to "take action," even if it's counterproductive, and discarding Pence would definitely be "taking action." In fact, since Abraham Lincoln also swapped VPs, there is an excellent chance that Trump would use the opportunity to brag about how similar he is to Honest Abe. (Z)

Given last week's elections, and last weekend's disastrous trip to Europe, and all of the looming court decisions, investigations, and indictments, Donald Trump is about as unfiltered these days as he's ever been, willing to say pretty much anything that comes into his head. And so, in a wild and crazy set of remarks on Saturday that meandered all over the place, Trump threatened (yet again) to shut the government down if he doesn't get at least $5 billion for his border wall. His exact words:

He also predicted that a shutdown would not be necessary, however, because "I think the Democrats will come to their senses."

Every time Trump threatens a shutdown, he crumbles so fast that people confuse him for Jeff Flake. So, it's hard to take this all that seriously. Yes, it's true that the dynamics of a "lame duck" Congress are pretty wacky, and anything could happen. However, it's also true that the folks who are exiting Congress, including Speaker Paul Ryan (R-WI), would presumably not be thrilled to have "shut down the government right before Christmas" as the final item on their resumés. It is also the case that it would be very bad optics for the GOP if that is the final thing Congress does while under the Party's complete control. Meanwhile, most Democrats would be in big trouble with their constituents if they voted to pay for the wall. Add it all up, and this certainly feels like much ado about nothing. (Z)

Trump May Take His Ball and Go Home

Donald Trump does not like answering non-softball questions from reporters. And, as he grows more cranky in general, his tolerance for such questions has reached something close to zero. Hence his high-profile blowup with CNN's Jim Acosta, and his administration's decision to try to ban Acosta from the White House. Team Trump suffered a temporary setback on that front, when a Trump-appointed federal judge said they had to give Acosta's press pass back. Given how fully the law is on the side of CNN, that temporary setback is very likely to become a permanent setback when the judge issues his final ruling.

The proper response here would generally be for the President to grow a thicker skin. After all, as his predecessor Harry S. Truman was fond of saying, "If you don't like the heat, get out of the kitchen." But that's not Trump, of course. And so, he threatened on Saturday to walk out of any press conference where he doesn't like the questions that are being asked. Since no reporter worth their salt would be cowed by such a threat, we are going to learn very soon if Trump means it. And if he does, it will be interesting to see the footage of Trump fleeing his own press conference, as folks like Laura Ingraham and Sean Hannity declare that he's the first president who had the courage to run for the hills when faced by assertive reporters. (Z)

Facebook just can't get out of its own way, as this week, the social media site was enmeshed in a brand-new scandal. It involves Washington D.C.-based Definers Public Affairs (DPA), a conservative PR firm. DPA spread propaganda and rumors on Facebook's behalf, including one about George Soros allegedly funding a group that was trying to break up Facebook. The firm also worked very hard to obscure the fact that Russia used Facebook to influence the elections. Mark Zuckerberg & Co. were shocked—shocked, we say!—that the shady conservative PR firm they hired was spreading shady conservative lies. So, DPA's contract with Facebook has now been terminated.

Sooner or later, and probably sooner, change is coming to Facebook. The number of high-profile embarrassments for the site would have knocked off just about any other CEO; Zuckerberg has survived thus far because he founded the company and is its biggest shareholder. However, his board and the other shareholders are losing patience with his management. On top of that, we are getting very close to the point that the federal government steps in and assumes significant regulatory responsibility over Facebook and other such platforms. So, in one way or another, expect the site to be in a very different place by the time of the next presidential election. (Z)

The very large potential Democratic field includes a bunch of nutty dark horses (Howard Schultz, The Rock, Susan Sarandon), and a bunch of plausible dark horses. This week, we go with someone in the latter category. 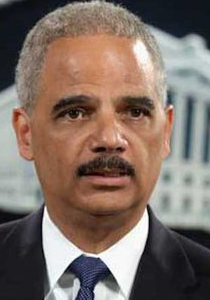