McCain's Memorial Service Is All About Trump

John McCain was honored at a number of services and ceremonies this week, but the big one was on Saturday at the National Cathedral in Washington, D.C. All the big guns were in attendance, including former presidents and first ladies, current senators, cabinet officials, and so on. Well, all the big guns except for one, as Donald Trump was pointedly not invited.

Despite Trump's physical absence, his presence lingered over the event, as all of the eulogists managed to make not-so-subtle references to him. Most notably:

That the service took this turn was exactly what McCain wanted; one last extension of his middle finger in Trump's direction. In fact, some are calling it "the biggest resistance meeting yet" and "a council of war."

The response on social media was also interesting. The moment in the service that got far and away the most attention was this video clip of George W. Bush sneaking a piece of hard candy to Michelle Obama:

WATCH: Bipartisanship: Laura Bush, via President Bush, hands a piece of candy to Michelle Obama during the memorial service for John McCain. pic.twitter.com/PhKPYCOiUz


This has already been tweeted and retweeted thousands of times. Clearly, many Americans are feeling nostalgic this weekend about a time when politicians may have disagreed on the issues, but embraced basic civility and decency.

Trump's supporters, like their leader, cannot allow any slight to pass, even when it comes at someone's funeral. So, they are furious. Many of them would like to see Trump strike back, as is his usual habit. Perhaps recalling all the blowback from earlier in the week, the President has thus far been restrained. Yes, he fired off a bunch of tweets about Canada and witch hunts and Hillary Clinton and the like, but his only response to the McCain funeral so far has been this retweet of himself:


We will see if the Donald is able to continue holding his tongue when he wakes up on Sunday morning (and sees Fox News' coverage of the service).

Of course, as Politico magazine's Gwenda Blair observes, Trump has nobody but himself to blame for this. In part because he's unable to disagree with people without being ultra-disagreeable, and so turns nearly everyone who isn't a loyalist into a bitter enemy. But also, in part, because he struggles so badly with the norms of polite behavior, including at funerals. At his father's funeral, where Trump was among the speakers, he crassly made his remarks entirely about himself and the real estate projects he was working on at the time. At the funeral of one-time mentor Roy Cohn, Trump was not asked to speak, primarily because he dropped Cohn like a hot potato after the lawyer's AIDS diagnosis. Consequently, he stood at the back of the room during the service, pouting and glowering, causing much comment among attendees. In other words, even people who like Trump might think twice about extending an invite.

This is the third high-profile event that Trump has been pointedly excluded from since assuming the presidency. Presidents usually stay away from former first ladies' funerals (e.g., Barbara Bush's), but for any other chief executive, the royal wedding and the McCain funeral would have been automatic. Maybe this particular matter of protocol won't come up again while Trump's in office. On the other hand, the U.S. has two ex-presidents who are in their nineties (one in poor health), and the U.K. has a queen and a prince consort who are also nonagenarians. So, maybe it will come up again. (Z)

This whole Russia situation is going to make an excellent miniseries or soap opera or reality program one of these days. The latest episode, with reporting courtesy of the New York Times, is that British spy Christopher Steele and Justice Dept. official Bruce Ohr, both of whom have been linked with the infamous Fusion GPS dossier, were part of a CIA program aimed at flipping Oleg V. Deripaska and other Russian oligarchs, with hopes of turning them into double-agents who could be used against Vladimir Putin. There is no evidence that the scheme, which was undertaken between 2014 and 2016, was successful in any way.

This does not appear to have any direct relevance to Russiagate, per se. It seems like a fairly standard case of the CIA doing one of the primary things that intelligence organizations do: Cultivate assets. The odds are pretty high, however, that this is going to get turned into still more evidence of a vast deep state-Hillary Clinton-Barack Obama-Robert Mueller-CIA conspiracy against Donald Trump. That despite the fact that the whole scheme began well before he was a presidential candidate. (Z)

Democratic senators would like vast amounts of paperwork related to SCOTUS nominee Brett Kavanaugh's time working in the office of White House counsel. There are legitimate questions about his involvement with some of the unsavory decisions of the George W. Bush years, particularly as regards torture of detainees. Critics of the senators' demands, however, say that they are either (1) Just fishing around, in hopes of coming up with some dirt; or (2) Trying to delay the vote by throwing up unnecessary tasks to be completed.

Late Friday, the White House, citing executive privilege, advised that the blue team would not receive 100,000 of the pages that they want. This is an unusual justification for denying the request, one that has never been used in this particular circumstance. The Democrats, of course, are crying foul, with Senate Minority Leader Chuck Schumer (D-NY) leading the way:

We’re witnessing a Friday night document massacre. President Trump’s decision to step in at the last moment and hide 100k pages of Judge Kavanaugh’s records from the American public is not only unprecedented in the history of SCOTUS noms, it has all the makings of a cover up. https://t.co/TgBAjOBRrW


Of course, there is fairly little that Schumer & Co. can do, though it would not be surprising if they try to file a lawsuit. One wonders if they are also setting up the possibility of impeaching Kavanaugh if—once a Democratic president takes office—those 100,000 pages of records are found to contain one or more smoking guns. That would be somewhat outside the realm of what the Founding Parents imagined but, then again, so was what happened with Merrick Garland. (Z)

Newly-minted Florida gubernatorial nominee Andrew Gillum, as you may have heard, is black. And for anyone who hasn't heard, his opponents want to make sure the news gets out. GOP nominee Ron DeSantis already got in some hot water for a pretty obvious racist dog whistle uttered the day after the election. And now, a white supremacist group called The Road to Power is running a robocall that involves jungle sound effects and a Gillum "supporter" speaking in a minstrel-style black dialect.

DeSantis, for his part, has denounced the call, telling The Road to Power to stop monkeying around with the election. Wait, that's not what he said. His actual response, delivered through a campaign surrogate, was, "This is absolutely appalling and disgusting—and hopefully whoever is behind this has to answer for this despicable action."

Even if we concede that white supremacists are not the sharpest knives in the drawer, this was a monumentally stupid thing to do. Anyone who was going to vote against Gillum because of his skin color did not need a robocall to tell them what to do. And thanks to DeSantis' impolitic remark and now this, both within a few days of each other, this contest is quickly turning into a referendum on race and racism. And in a state that has a large minority population, that does not work to the GOP's advantage. (Z)

Here is this week's roundup of Senate races in the headlines:

There you have it. Also, Generalissimo Francisco Franco is still dead. (Z)

Up this week is one of the early favorites to capture the Democratic presidential nomination. Of course, that doesn't necessarily mean too much. Rudy Giuliani, Mario Cuomo, and the 2006 version of Hillary Clinton might all share a few insights about what often happens to early frontrunners. Remember, as always, that the "pros" and "cons" refer to things that will increase/decrease the odds of winning the general election, and not the Democratic primaries. Often, a "pro" in the primaries is a "con" for the general, and vice versa. 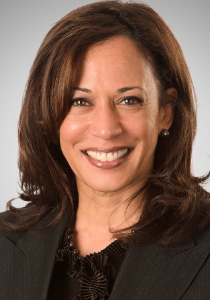