After nearly a week of demand and counter-demand, threat and counter-threat, it appears that Christine Blasey Ford, who has accused SCOTUS nominee Brett Kavanaugh of trying to rape her at a party nearly four decades ago, will testify before the Senate Judiciary Committee. Beyond that, little is known, even by the principals, because the circumstances of her testimony are still being ironed out. Among the questions that are going to be negotiated on Sunday (and maybe Monday, and Tuesday, and so on): When Ford will testify, who will do the questioning, and whether she will appear before or after Kavanaugh. Supporters of the Judge insist that Ford's commitment does not actually mean she will testify, because she and her attorneys never actually used that word on Saturday. Who knows how that kind of linguistic sophistry helps his case, but it is fair to say that "details are still being worked out" does leave open the possibility that the details will not be worked out, and that everything falls through.

Not surprisingly, supporters of Kavanaugh and opponents of Ford (which are often one and the same, but not always) suggest that Ford's waffling is evidence that she is just a partisan shill. Actually, if anything, it's evidence that the exact opposite is true. If she was really a partisan shill, she would have accepted any opportunity to testify as soon as it was proffered. Her reluctance, on the other hand, is characteristic of someone who is leery of what it will be like to have unhappy memories dredged up and her integrity questioned while the entire nation looks on. There are some pro-Kavanaugh partisans who answer this by arguing that she's not really leery, and that her foot-dragging is designed to stretch this process out, and to eat up as much of the time before the midterms as is possible. That is a weak thesis, at best—no matter how much hemming and hawing goes on, it's not going to add more than a week or two to the process. That's not enough to make a difference one way or another. If Kavanaugh is approved, he's going to be approved well before the midterms, regardless of how long it takes Ford and her attorneys to work out the details of her testimony. And if he's rejected, there won't be time for a new nominee to be approved before November 6, regardless of how quickly he's turned down.

Meanwhile, as the main drama plays out, there are reporters and partisans looking everywhere for "evidence," one way or another, of Ford's veracity. For example, one friend of Ford's, whose name is Leland Ingham Keyser, was contacted by Senate Judiciary Committee officials, as she was reportedly in attendance at the infamous party in question. Keyser says she has no recollection of such a party, or of ever meeting Kavanaugh. That seems somewhat damning for Ford's narrative, except that anyone who knows anything about memory knows that nearly 40 years is a long time to remember anything, unless there was a particular reason for that memory to be retained. Since Keyser was not party to the incident in question, and was not told about it afterward by Ford, it is to be expected that she has no recollection.

On the other side of the ledger, another Ford friend, Jim Gensheimer, says that Ford told him she must have two exits from any bedroom, or else she cannot sleep, for fear of being "trapped." Similarly, CNN laid hands on a copy of the out-of-print alcohol-fueled memoir by Kavanaugh friend Mark Judge, and reports that the two men (then teenagers) and their friends set a goal during their senior year to consume at least 100 kegs of beer. That is quite a lot given that a school year lasts only 240 days or so. In any event, both of these stories appear to be pretty damning for Kavanaugh, except that they are currently unconfirmed hearsay. If Ford reiterates the two-door bedroom story before the committee, on the other hand, and if it's corroborated by someone (like her therapist), then it would be considerably more damaging for Kavanaugh.

In the end, the Judge really needs to hope that the details for Ford's testimony fall through, and that she does not appear. Republicans up for re-election this year are well aware that this could burn them badly in November, and the percentage of voters who would like to see Kavanaugh on the Court is already lower than it was for Robert Bork, Harriet Miers, or Clarence Thomas. In other words, he's gotten pretty radioactive. If Ford's testimony is at all credible, and if she comes off as at all sympathetic (and both things are likely), Kavanaugh has a big problem. (Z)

Donald Trump would like very badly to release a bunch of classified documents related to the Russiagate probe, and announced that the publication of a bunch of texts and the Carter Page FISA application (which essentially started the Russiagate investigation) was imminent. Now, however, the President has changed his mind, and won't order the documents released, after all.

In his tweets on the matter, Trump was somewhat vague in explaining his change of course:

I met with the DOJ concerning the declassification of various UNREDACTED documents. They agreed to release them but stated that so doing may have a perceived negative impact on the Russia probe. Also, key Allies’ called to ask not to release. Therefore, the Inspector General.....

....has been asked to review these documents on an expedited basis. I believe he will move quickly on this (and hopefully other things which he is looking at). In the end I can always declassify if it proves necessary. Speed is very important to me - and everyone!


It's hard to believe that this is 100% truthful, or even close to it. Trump has not previously had any problems with negatively impacting the Russia probe, so it's hard to see why he would have issues now. He may have been persuaded, aided by a lot of arm-twisting, that declassifying the materials would expose American assets, although he knew of that issue when he made the original announcement.

The odds are pretty good that someone (or several someones) convinced him that the political calculus just didn't add up. The only people who would be impressed by the new documents would be the base, who are already persuaded Trump is the target of a witch hunt, even without evidence. Meanwhile, the move would have served to highlight Trump's placing more importance on his own needs as opposed to the needs of the country, which might have hurt some of the GOP candidates running for re-election this year. In any event, if Trump is going to pull the trigger before the midterms, now is the time, so this is presumably the last we will hear of this until after the election. Once the Mueller investigation heats back up, however, all bets are off. (Z)

This Week in Commercials

Inasmuch as the midterms are in full swing, the campaign commercials are coming fast and furious, with some of them getting a particularly large amount of attention. In the category of "really clever ads," for example, is a spot for Dean Phillips, who is running in MN-03 against Rep. Erik Paulsen (R). The basic notion is that Bigfoot is looking for the only guy harder to find than he is—Paulsen, who never seems to show up for work, is never available for constituent services, etc. He does find the Congressman, but you'll have to watch the ad to find out where:

The D+1 district is already favored to change hands; certainly this ad is not going to hurt the blue team's chances.

Meanwhile, in the "really brutal ads" category is this one in which half a dozen Arizonans share their views that Rep. Paul Gosar (R) of AZ-04 does not care a whit about his constituents, and that voters should pull the lever for his Democratic opponent, Dr. David Brill. It would be a fairly standard political ad, except for the "reveal" at the end, which you'll have to watch for yourself to see:

There are actually three ads in the series and they are all very effective, although AZ-04 is R+21, so it's unlikely they will have any impact other than to make Thanksgiving very awkward this year for the Gosars. (Z)

Professor Who Unmasked Anonymous: It Was Mattis

Foster's analysis has several elements to it, and is worth reading in full. However, here are the key points he raises:

Of course, even if Mattis firms up his denials, that's hardly definitive. Joe Klein denied being Anonymous, until he admitted it. In 1974, Mark Felt said, "I am not now, nor have I ever been, Deep Throat," and then in 2007 he admitted he was. It's also worth noting that Mattis is among those who are rumored to be on the chopping block once the midterms are over, so maybe the White House has fingered the perpetrator (or at least has strong suspicions). Whoever it is, they won't remain anonymous forever. The only question is how quickly their cover is blown. (Z)

The Senate races are heating up, which means lots of news. Here is this week's roundup:

And there you have it. Good night, and good news. (Z)

This week, it's a candidate whose name has been bandied about, but who only recently hinted that he might be running. 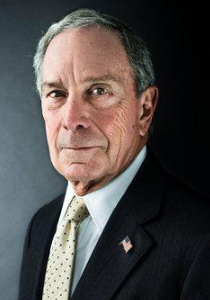