In the Sunflower State, Everything Comes Up Roses for the GOP

Lots of voters cast lots of votes in lots of races on Tuesday. However, the election that everyone had their eyes on was in Kansas, where control of the Senate might plausibly have hung in the balance. There, Rep. Roger Marshall (R-KS) trounced the rather unelectable Kris Kobach, 40.3% to 26.3%, presumably ending Kobach's political career for good, and also reminding us that ratfu**ing rarely works. As a bonus for the GOP, voters also sent Rep. Steve Watkins (R-KS) packing. His recent indictment might have put that seat into play if he had advanced to the general election, but instead the candidate will be Kansas Treasurer Jake LaTurner.

Here are some of the other big stories of the night:

Those are the biggies for now; other storylines may develop later as further returns come in, and as people pore through the results. Meanwhile, 24 hours for everyone to catch their breath, and then Tennessee votes on Thursday. (Z)

Trump Embarrasses Himself in Axios Interview

On Monday, Donald Trump sat for an interview with Jonathan Swan of Axios, which has an agreement with HBO to carry some of its coverage. It was a train wreck. We didn't write it up yesterday because "Trump screws up interview" is kinda "dog bites man," and also feels a bit like a cheap shot. However, with 24 hours to reflect, we are persuaded that was an error. It's just too consequential to ignore.

Probably the easiest way to do this is to discuss the five worst bits, in our view, from less bad to more bad. So, here goes:

In short, it was really, really bad. There's just no way around it. All day long, people on social media have been calling it "the cognitive test that Donald Trump couldn't pass."

In any event, this item isn't just shooting fish in a barrel, there's some actual electoral significance here (beyond Trump's constantly evolving and often-outlandish positions on the issues of the day). Clearly, Team Trump recognizes that he's got to get out on the campaign trail, such as it is, and try to broaden his support beyond the base. Rallies are out, there isn't going to be much of a Republican National Convention, and while interviews with Sean Hannity and Tucker Carlson are good and well, they only reach folks who are already true believers. So, the President sat with Chris Wallace and it was a disaster and then he sat with Jonathan Swan and it was another disaster. And what both of these men demonstrated to those who might follow them is that if you come prepared, and you fact-check Trump in real time with follow-up questions, the President is utterly out of his depth.

If you're one of the folks running Trump 2020, we just don't know what you do here. Again, the type of campaigning the President is best at (rallies) is off the table, probably for good. Trump 2020 is already running vast numbers of commercials, both on TV and online, and it's not helping. Sending him for an interview with anyone but the most friendly of interviewers, with charts and graphs or without, is like sending a lamb to slaughter. The debates offer a similar dilemma (more below). It's not easy when you've got a candidate whose most dangerous opponent is himself. (Z)

Yesterday, we had an item about stories that imply that Joe Biden is reluctant to debate when, in fact, he has committed to participating both orally and in writing. It is the Trump campaign that is being coy, a phenomenon that was on display once again on Tuesday.

At the start of the day, Trump spokesperson Erin Perrine appeared on Fox News, and said the President is going to be present for the three debates. So, done deal, right? Not so fast. As everyone knows, you can never be sure if Trump spokespeople actually speak for Trump. And after Perrine's interview, members of the campaign equivocated, and somewhat implied that The Donald would only appear if his demands for a fourth, earlier debate (possibly with moderators of his choosing) is scheduled.

What's going on here? With Team Trump, you just never know, but here are some guesses:

We shall see what happens, but between the challenges posed by the pandemic and Trump's dithering, we wouldn't plan your debate-viewing party (conducted via Zoom, of course) quite yet.

If Trump insists on some conditions before he is willing to debate, Joe Biden could take Thomas Friedman's advice and insist that the last 15 minutes be given over to neutral fact checkers who will analyze the debate and flag the major outright lies either candidate told. Needless to say, Trump would never accept that and the idea of "you have to accept my conditions but I don't have to accept yours" is a nonstarter. (Z & V)

The debates aren't the only subject where it's awfully hard to pin Donald Trump down. His opinion on vote-by-mail continues to oscillate wildly. On Tuesday, he decreed that vote-by-mail is not only the same thing as absentee voting (a breakthrough!), but that it works just fine, at least in Florida:

Whether you call it Vote by Mail or Absentee Voting, in Florida the election system is Safe and Secure, Tried and True. Florida’s Voting system has been cleaned up (we defeated Democrats attempts at change), so in Florida I encourage all to request a Ballot & Vote by Mail! #MAGA


Later in the day, Trump suggested that the distinction is that Republican-run states know how to run an honest absentee election, while Democratic-run states do not. We look forward to reading the numerous studies on which he surely based that conclusion; we assume a full bibliography will be promulgated on the White House website later this week.

In any event, somebody clearly got through to Trump and pointed out that if he is going to win the must-have state of Florida, he needs a lot of votes from elderly people. And there are plenty of elderly people who are either going to vote by mail, or aren't going to vote at all. So, the President really needs to be on the vote-by-mail train. It's also possible someone pointed out to him that he's now a resident of Florida, and that he comes off as something of a hypocrite voting by mail there and then claiming the system is inherently fraudulent.

And now, we will see how long he sticks with this new take on absentee balloting, and if he's really able to persuade people that only blue states don't know how to run such elections with integrity. We will be particularly interested to see what his opinion is about states with mixed government, like Kentucky (Republican legislature, Democratic governor) or Maryland (Democratic legislature, Republican governor). Will he be talking to Jonathan Swan again anytime soon? Also, four of the five states that vote entirely by mail are blue states and have virtually no problems with their elections. (Z)

How Trump Could Steal the Election

Slate's Mark Joseph Stern has just published a "new" article headlined "How Trump Could Steal the Election," in which he supposes that Republican-controlled state legislatures could seize upon Election Day chaos to directly award their EVs to Donald Trump and thus hand him the election outright, or else throw it to the House and re-elect him in that way. This is hardly the first time this cycle this clickbait-y article has been written. For example, a few months ago, The Atlantic published an item with the near-identical headline "How Donald Trump Could Steal the Election" and an identical argument. Heck, this isn't even the first time Stern has published this article; he made almost exactly the same argument back in March, that time under the headline "Trump Can't Cancel the Election. But States Could Do It for Him."

Perhaps it is already clear that we don't think much of these pieces. We wonder, in particular, what the purpose is in discomfiting people with worst-case-scenario discussions. Is it to educate and warn them? Or is it to attract eyeballs? We don't know. In any event, we cannot say that this is an entirely impossible scenario. What we can do, however, is make clear that it is very, very unlikely. Here are six issues:

Again, we're not saying it's impossible. But it's extremely unlikely; there are just too many moving parts. We would also advise readers, once again, to think carefully about the real purpose behind these sorts of doomsday articles. And while you're at it, maybe skip viewings of movies like Fail Safe, It Could Happen Here, and WarGames. (Z)

Almost done. Even if Joe Biden announces today, we'll have gotten through nearly the entire list:

As a reminder, we're awarding up to 10 points across five different areas of concern: How ready the candidate is to assume the presidency, if needed; what kind of coattails the candidate might have in terms of helping the Democratic ticket in their state/region; what the candidate brings to the table in terms of "nuts and bolts" political skills like fundraising and debating; the depth of the candidate's relationship with Biden (to the extent that information is publicly known); and how well the candidate balances out Biden. So, the perfect running mate would score a 50, while Fielding L. Wright would score a 0. 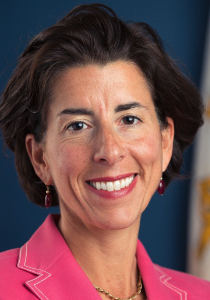 Morning Consult has been looking at a bunch of states that weren't in doubt. The only interesting things here are that Texas remains in toss-up territory, and South Carolina might just be getting close. (Z)

Democrats would love to keep Doug Jones, who has been a good soldier, and they would really love to get rid of Mitch McConnell, who hasn't. But getting rid of Lindsey Graham would be seen as a pretty good consolation prize. Also, this is the best poll Hegar's gotten in a while, but we'd like to see several more before we deem this a real race. (Z)

If you wish to contact us, please use one of these addresses. For the first two, please include your initials and city.