The U.S. government is none too fond of Venezuelan President Nicolás Maduro. Many high-ranking officers in Venezuela are apparently none too fond of Maduro. And, with folks on both sides thinking that there may be room for some sort of partnership, there were several meetings held, some of them in the White House, about a possible U.S.-supported coup, according to reporting from the New York Times. Clearly, since Maduro is still in power, nothing came of the talks.

This sort of thing is not too common these days. There was certainly a time when the U.S. was comfortable clandestinely overthrowing other countries' leaders (see Iran, South Vietnam, Chile, etc.), but that era largely came to an end when President Gerald Ford announced the country would stop doing that. Now, the U.S. either attacks foreign leaders openly (Panama, Iraq, Libya, etc.) or else stays out of it (with Reagan and Nicaragua an obvious exception).

Donald Trump, of course, loves shows of strength, particularly those that he can execute on his own authority, without having to trouble himself with irritating things like...Congress. Odds are pretty good that he's going to have regular need of something to boost his approval ratings and/or create a distraction in the next two years. And the administration has already gone far enough down this path that they were holding meetings in the White House. The upshot is that it would not be the least bit surprising to see this kind of thing happen in the near future, maybe in Venezuela, or possibly in Syria (another leader Trump wants dead), or in any of a half-dozen other countries. Of course, it's also possible that Trump will order a hit on Maduro, or Bashar al-Assad, or Kim Jong-Un, and the "resistance" within the White House will countermand the order. Strange days. (Z)

There is a new report out from the Global Commission on the Economy and Climate. If you are not familiar with that entity, it's a joint project of seven nations—Colombia, Ethiopia, Indonesia, Norway, South Korea, Sweden and the United Kingdom—and its mission is to draw on the expertise of both political leaders and scientists to understand how climate change and the economy interact. The new report reaches some stunning conclusions, namely that a vigorous fight against climate change would generate $26 trillion in economic benefits in the next 12 years, create more than 65 million new jobs worldwide, and—by the way—avoid 700,000 premature deaths.

Anyone who follows politics knows that when it comes to climate change, the GOP is the party of "What? Me Worry?" and the Democrats are the party of "The sky is falling." The latter stance keeps the environmentalists happy, but has clearly not had much impact on blue-collar voters, many of whom have been told that climate change is a trick, or that it will take away their jobs. If the blue team latches onto the findings of this report, and can somehow craft a message that is concurrently about environmentalism and about economic growth and job creation, that could be a potent combination, indeed. (Z)

Maybe the Author of the Op-ed Was...Jon Huntsman

We're four days in, and everyone inside the White House and out, excepting a half-dozen or so New York Times editors, is trying to guess who wrote the op-ed slamming Donald Trump. Mike Pence remains a popular guess, with insider-until-recently Omarosa Manigault Newman coming out on Friday and adding her vote to his tally. Others have made the case for Jared Kushner, Larry Kudlow, John Kelly, Kellyanne Conway, James Mattis, Kelly and Mattis, or even a team of authors. The Washington Post has a pretty good rundown of all the possible candidates, along with "why it is" and "why it isn't" for each.

That said, the most compelling of the whodunnit pieces is definitely the one written by Slate's William Saletan, who thinks the author is Ambassador to Russia Jon Huntsman. It's really worth reading the whole thing, but here are the main arguments:

Overall, it's a very impressive analysis.

White House staff insist that they are close to ferreting out the mole, so maybe we will find out sometime this week who it is. On the other hand, this is the same staff who insisted that record-breaking crowds showed up for Donald Trump's inauguration, so maybe we won't. Meanwhile, for those who do not like a mystery, The Onion has also published an anonymous op-ed on Trump. The author of that one is a little more guessable. (Z)

British actor, comedian, and provocateur Sacha Baron Cohen earned great fame from conducting awkward interviews with real people (often politicians). His shtick was that he was playing a character—moronic chav Ali G, naive-but-bigoted Kazakh reporter Borat Sagdiyev, or flamboyantly gay fashionista Brüno Gehard—but the interview subjects did not know it was a character, and so became the butt of the joke when they grew flustered (or angry) as a result of Cohen's outlandish questioning. All three characters, in turn, became the subjects of feature-length movies, the most successful (and outrageous) of which was 2006's Borat: Cultural Learnings of America for Make Benefit Glorious Nation of Kazakhstan. Thereafter, the three characters were so famous they had to be retired, because it was not possible to fool interview subjects any more.

For five or six years, Cohen cooled his jets and worked mostly on projects using his own name and identity. Recently, however, he invented new fake characters, and started a new show for Showtime called "Who Is America?" And for that show, former judge and U.S. Senate candidate Roy Moore was booked to be interviewed and given an award by "Gen. Erran Morad," who is ostensibly an Israeli anti-terrorism expert, but is really—of course—Cohen in heavy makeup. The central gag of the interview involved "Morad" showing Moore some of the new gadgets that have been invented by the Israeli military, including a "pedophile detector," and then becoming confused when said detector kept going off whenever placed near Moore. Here's the clip:

Eventually, Moore stormed off the set. And this week, he sued Cohen, Showtime, and Showtime's parent company CBS for slander and $95 million in damages. There is, of course, no chance that Moore will win. In fact, there is almost no chance this even goes to trial. Among the reasons: (1) Cohen is a veteran at this, and has people sign extensive waivers before being pranked; (2) The show is a work of satire, which affords broad First Amendment protections; (3) Moore is a public figure, which also broadens the First Amendment protections; and (4) Truth is an absolute defense against slander, and if Moore were to actually take this to court, opposing counsel may cross-examine him in great detail about his relationship with Debbie Wesson Gibson, attempting to establish that he is indeed a pedophile.

Given that Moore is not in office now, and figures to be out of office for the rest of his life, why do we mention this story? It's not to illustrate that Moore is dumb, even though he clearly is if he thinks there really is such a thing as a pedophile detector. Nor is it to try to answer the question that apparently still lingers in Donald Trump's mind, namely why Moore lost his Senate election.

No, the purpose in pointing this out is this: Moore and Trump have much in common, personality-wise. That includes a tendency to make enemies, an inability to ignore slights, an itchy trigger finger when it comes to filing lawsuits, and a love of attention. At the moment, the President's penchant for using lawsuits to avenge himself against those who anger him is being checked by the fact that, well, he's the president. But once he's out of office, that will no longer be true, and there's every reason to expect that he is going to behave just as Moore has, firing off lawsuits as a way of venting his anger and frustration (and, as a benefit, keeping his name in the headlines). In other words, this seems to be a pretty good preview of what an ex-president Trump will behave like. (Z)

The Senate news is coming fast and furious these days. Here's our roundup of this week's big stories:

There you have it. Good night, and good luck. (Z) 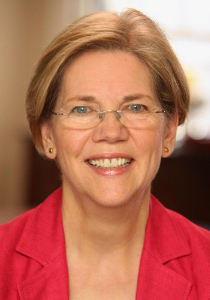