•  Here Comes the Next Round of Tariffs
•  What Does Manafort's Plea Mean?
•  Primary Turnout Good for Republicans, Great for Democrats
•  Feinstein in Hot Water
•  This Week's Senate News
•  Democratic Presidential Candidate of the Week: Andrew Cuomo


Here Comes the Next Round of Tariffs

The Trump administration has hinted, threatened, and pronounced that they were coming many times, and now the moment appears to be upon us. As early as Monday, Donald Trump will order that tariffs be imposed on another $200 billion in Chinese goods. When added to the $50 billion in Chinese imports that have already been hit, that means that about half of the goods that China sends to the United States will have been subjected to new duties in the last six months (although round two might be at a rate of 10%, as opposed to the 25% imposed in round one).

The administration's stated purpose here is to ratchet up the pressure on Xi Jingping & Co. in advance of "high-level talks" between the two countries. Now, those talks don't appear to have been scheduled as yet, so Team Trump could easily have waited a week or so on the announcement, so that it doesn't come on the same day that millions of Americans are facing a deadly hurricane (with at least 13 of them dying). On the other hand, maybe that timing is deliberate, given how much this administration likes a distraction. In any event, there has been no evidence that China is cowed by Trump's actions, so there remains every reason to brace for a full-fledged trade war. (Z)

What Does Manafort's Plea Mean?

Now that there's been time to digest the news that former Trump campaign chair Paul Manafort has turned state's evidence, we can now start to think about what it means for the whole Russiagate situation. To start, CNN has a nice list of some of the areas in which he might help with special counsel Robert Mueller's investigation:

In short, there's all kinds of juicy stuff that Manafort might be able to deliver to the Special Counsel. Further, as he has already demonstrated very publicly, Mueller is very good at using this juice to extract information from other people. For example, imagine that he subpoenas Donald Trump Jr. for a chat about the Trump Tower meeting. At this point, young Trump probably has no idea exactly what Manafort knows, and he certainly has no idea what beans Manafort is going to spill. So, Don Jr. could well be in the position of revealing incriminating things about himself and/or his father, or else risking charges of perjury. One can also substitute the name of Jared Kushner (who was also at the Trump Tower meeting) in place of Donald Jr., and everything here still holds true. Plus, in his case, there's still the question of exactly why he tried to get a secret telephone line installed at the Russian embassy. With Manafort's information, Mueller might be able to finally get to the bottom of that.

In short, Manafort's turning traitor is absolutely disastrous for the President and his inner circle (at least, the members of the inner circle that haven't already sung like a canary). And now, as Politico's Josh Gerstein points out, the pardon power is all-but-useless for Trump as a solution to this problem. Most obviously because Manafort almost certainly told everything he knows before getting his plea deal—that's how these things work. And Mueller is clever enough to have insisted on written, sworn statements carrying Manafort's signature. So even if he ends up with some cold feet or some hot polonium tea tomorrow, whatever incriminating information he has is already secure. Beyond that, and as we have pointed out many times, Manafort is still exposed to prosecution for state-level crimes, many of which will be a slam dunk to prove because he's already admitted them.

Of course, Trump could—and might very well—pardon Manafort anyhow, either out of loyalty (unlikely), or to be a nice guy (also unlikely), or to keep Manafort's name from being in the headlines anymore (plausible). However, the only impact that a pardon would have at this point is sparing Manafort from his jail sentence (and possibly his forfeiture of property). Further, it could be interpreted as a further attempt to obstruct justice. So, again, the pardon ship has really sailed. Meanwhile, Mueller continues to peel away the layers of the onion, one by one. And we're getting to the point that there aren't many layers left that don't involve someone who is a member of the Trump family. (Z)

Now that primary season is over, The Hill has done the math and added up the turnout across all 50 states. In the last midterm election in 2014, a total of 29.3 million people cast ballots. This year, the number jumped to more than 40 million, thanks to a dramatic increase on both sides of the aisle. However, while the Republican tally jumped from 15.5 million to 19.3 million, the Democratic tally jumped from 13.8 million to 22.7 million. That's a 24% increase for the red team, and a staggering 64% increase for the blue team.

It is clear that, in the age of Trump, partisans on both sides are more engaged in the political process than they have been in a long time. But it is also clear that the effect is bringing more Trump enemies to the polls than it is Trump supporters. The effect, of course, is not uniformly distributed, and some of the increased Democratic turnout will serve only to increase certain candidates' victory margins. Still, in a time when there are very few fence sitters, enthusiasm and getting people to the polls is going to be the key to victory, and the Democrats have the clear edge. This may well be the strongest evidence yet of a looming blue wave. (Z)

As the details surrounding Brett Kavanaugh's mystery accuser become somewhat less fuzzy, it is now clear that Sen. Dianne Feinstein (D-CA) was aware of the matter for weeks (or months) before she turned it over to the FBI. A lot of people are unhappy about that, with Republicans calling it a dirty 11th-hour trick, and Democratic colleagues wondering why she did not share the information much earlier if she felt it was serious enough to bring to the attention of the Bureau.

Thus far, most members of the blue team are avoiding public criticism of one of their party's most visible and most senior members, but they are seething nonetheless. Feinstein challenger Kevin de León is not being so circumspect, however, and has blasted the Senator for a "failure of leadership". There is not much that could allow a left-wing challenger to overcome a 20-point gap in the polls against a well-heeled incumbent. But if such a thing does exist, this might be it, since feelings about Trump and the SCOTUS are so strong, and since this apparent misstep emphasizes the thing that aggravates many Democratic voters in California when it comes to Feinstein, namely that she is far too methodical and cautious, and rarely takes a strong stand for her convictions. (Z)

Now that the 2018 campaign is in full swing, we're doing a weekly roundup of stories about the 35 Senate campaigns. Here is this week's installment:

This week, in our ongoing series of presidential candidate profiles, we'll look at a fellow whose name has been mentioned (with various levels of seriousness) for each of the last four cycles that did not have an incumbent Democrat in the White House. 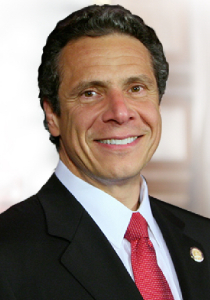